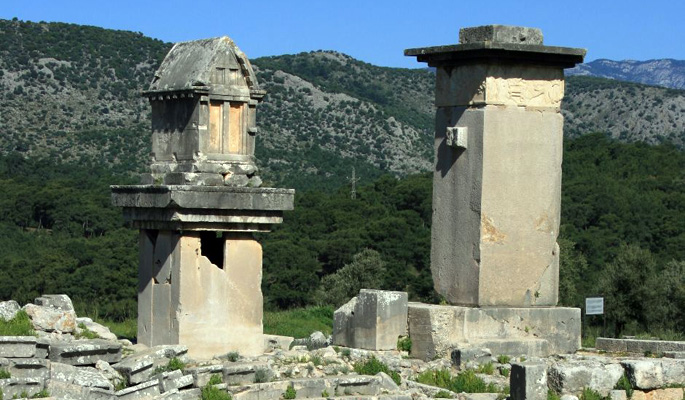 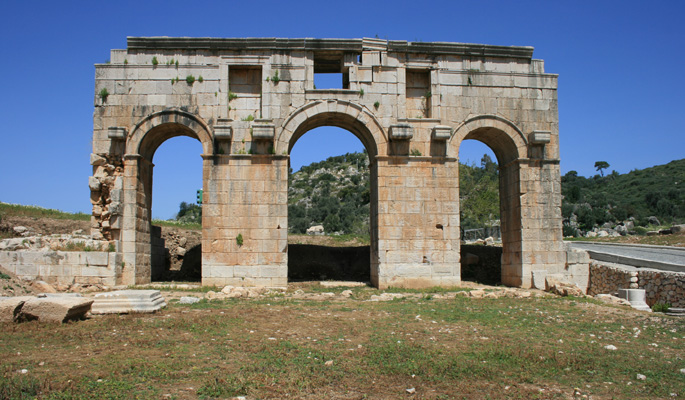 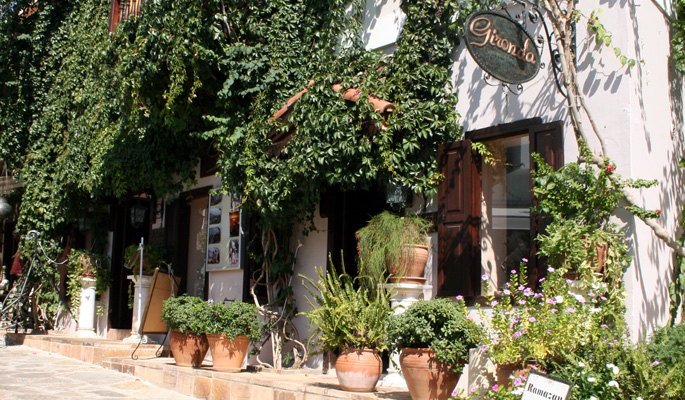 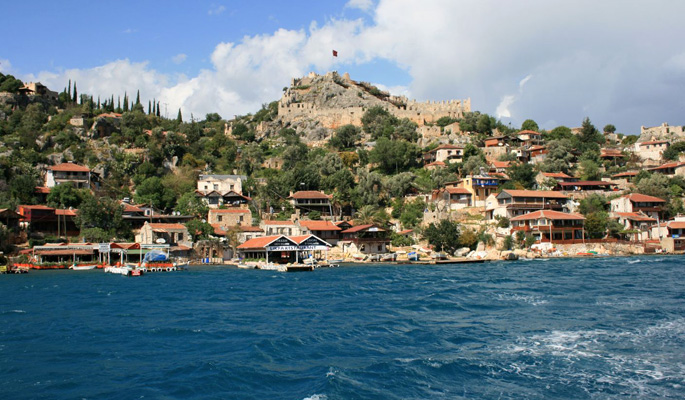 The beautiful region of Kekova 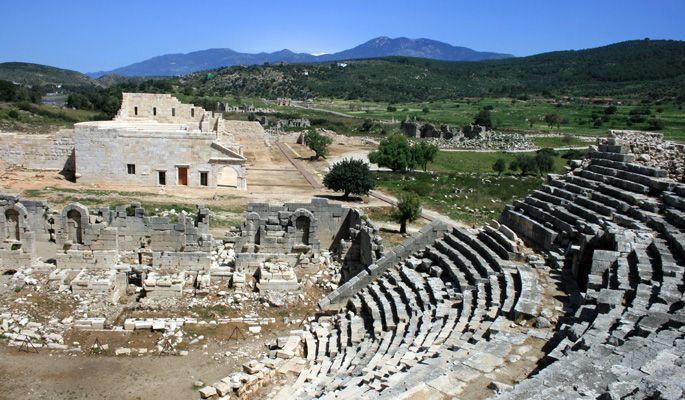 The peaceful site of ancient Patara 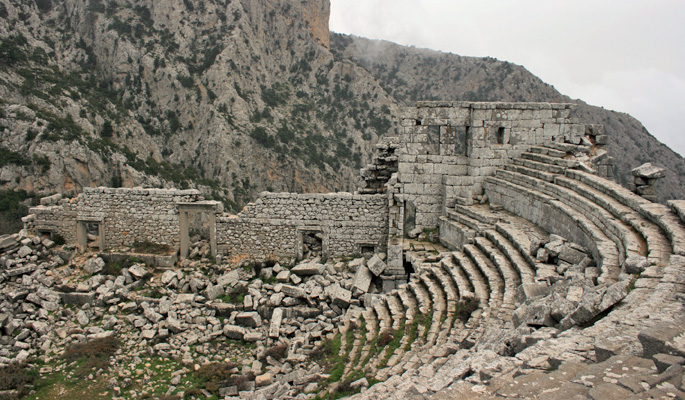 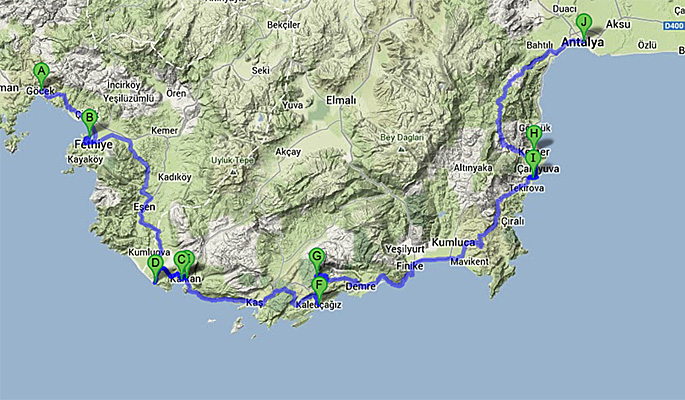 Map of overland tour from Gocek to Antalya

Visit Xanthos in the Lycian hills overlooking the fertile Xanthos valley, Letoon - the shrine of Leto the mother of Apollo and Artemis, and Patara. At Patara, seven miles of unspoilt sand and dunes are protected as a breeding ground for the Loggerhead Turtle. Behind the dunes lie the ruins of ancient Patara, the harbour long since silted up by shifting sands. This is a very tranquil site; cows and goats often graze here, whilst lizards skitter between the ancient stones. Explore the amphitheatre, 2 Roman baths and the Agora, or market place, which has many different examples of marble and granite columns.

Overnight in Kalkan, a charming little town whose quaint narrow streets wind up hill from the harbour. The balconies of some of the Ottoman houses almost touch each other across alleyways and bougainvillaea climbs everywhere. It is a lovely place to wander at night, people watching and sipping drinks in one of the many rooftop bars.

In the area of Kekova Island, where an earthquake caused the original settlement to sink, there are many bays and inlets. Simena is a small community built on a hill topped by a Medieval castle with spectacular views. There is a graveyard of sarcophagi and over the years the locals have built their houses up against Roman walls and incorporated marble blocks into their present dwellings. Overnight in the village.

Kekova - Antalya Drive to Antalya via Myra, Demre, Olympos and Phaselis. Myra features a cliff face of pigeon hole rock tombs and a spectacular Roman theatre. Nearby Demre was the home of St Nicholas, the Father Christmas of the western world. The ruins of Olympos are hidden from the sea behind a beautiful sandy beach and rocks. The ruins have hardly been touched and are overgrown, making the visitor feel he is the first to discover them. The ancient port of Phaselis is surrounded by pine trees and the ruins of aqueducts, a Roman theatre and a market place are near the shore here.